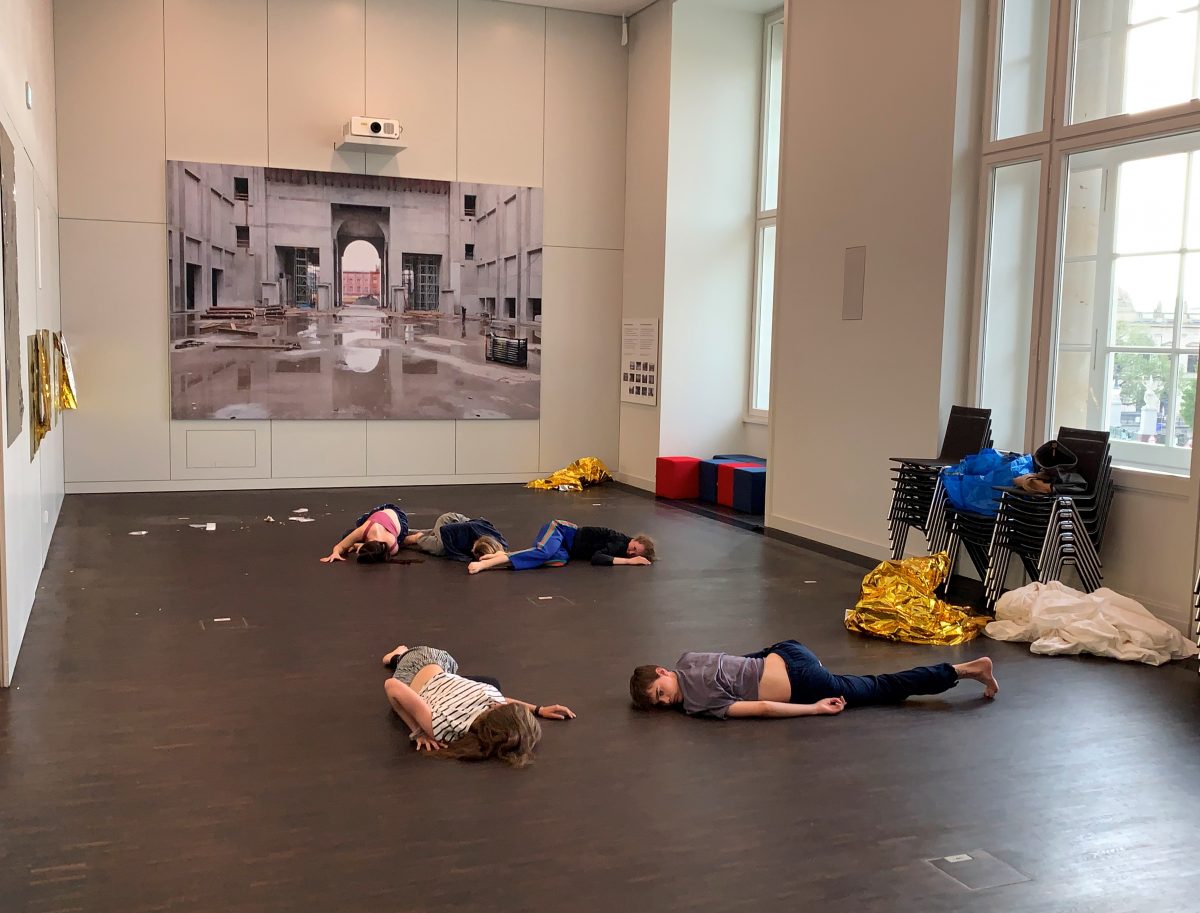 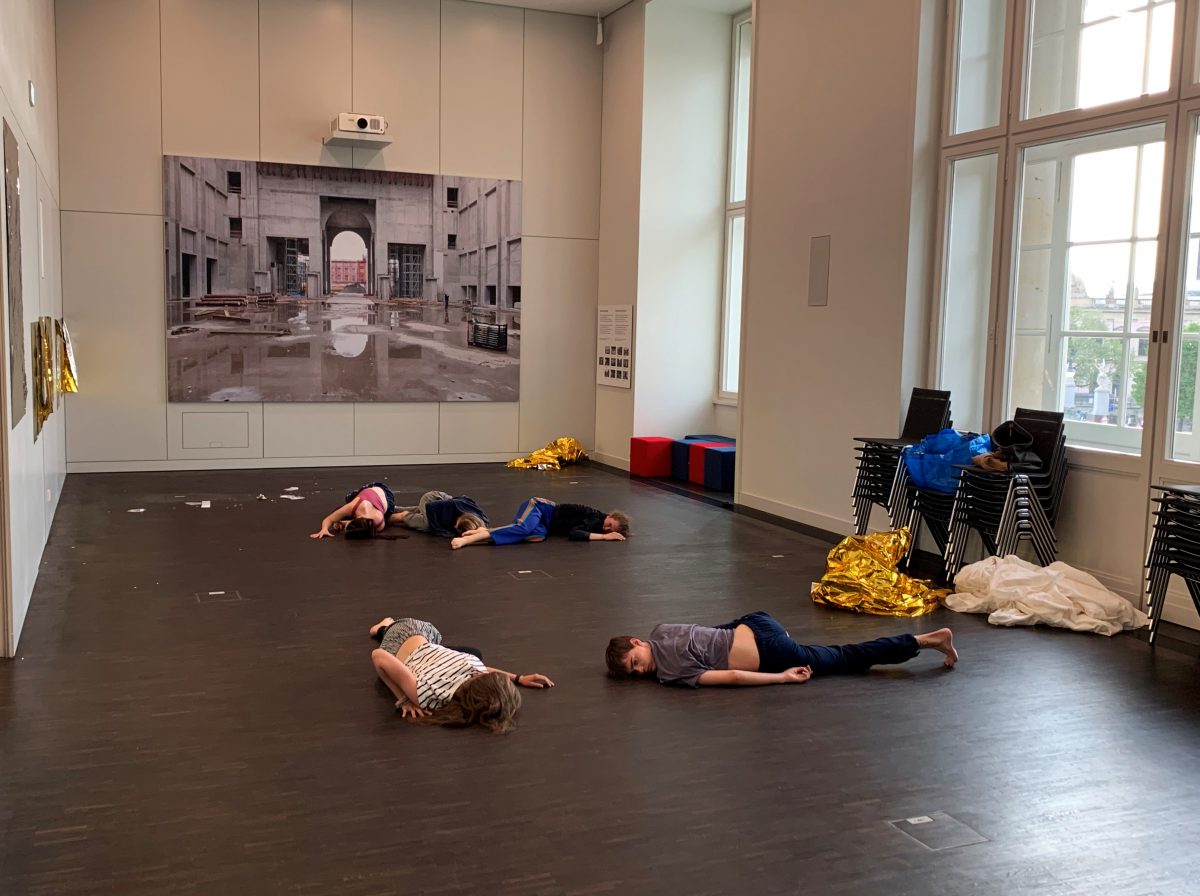 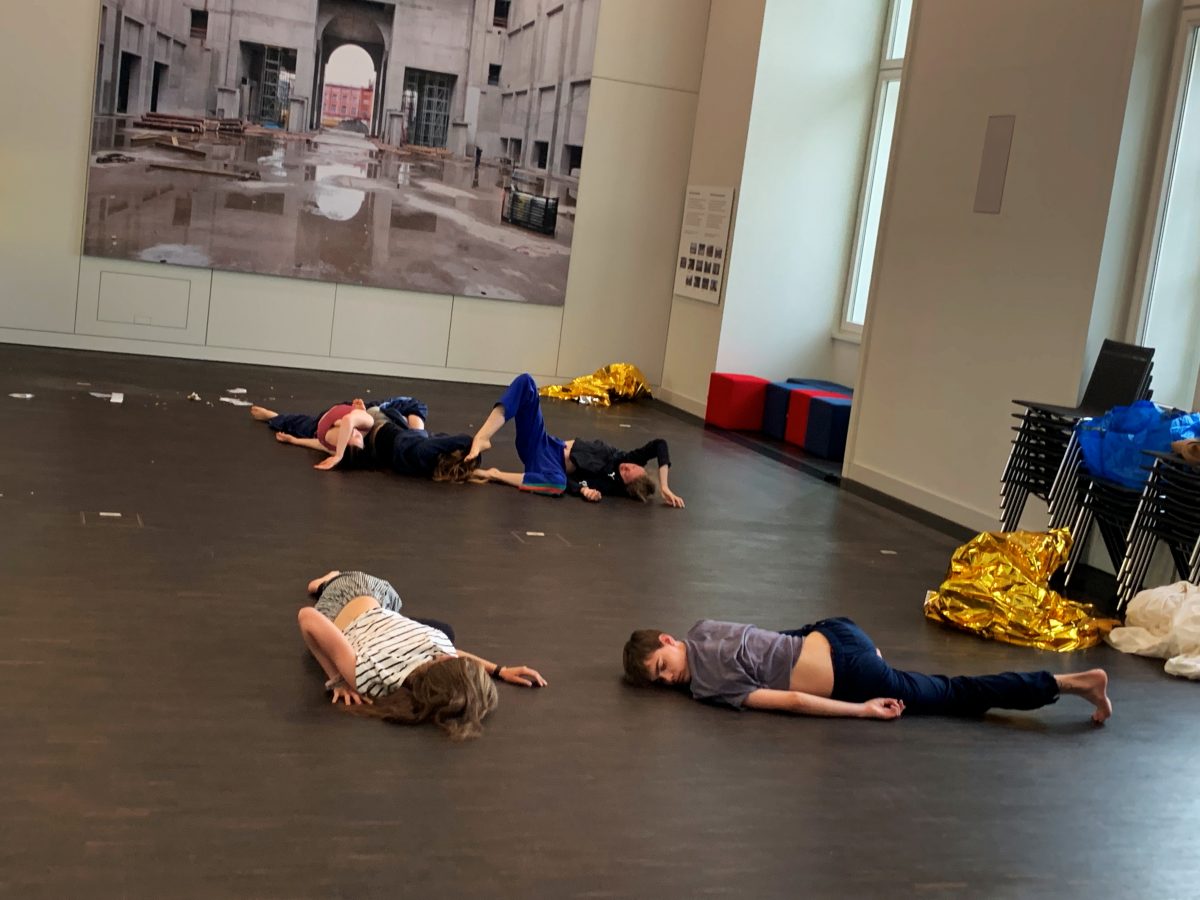 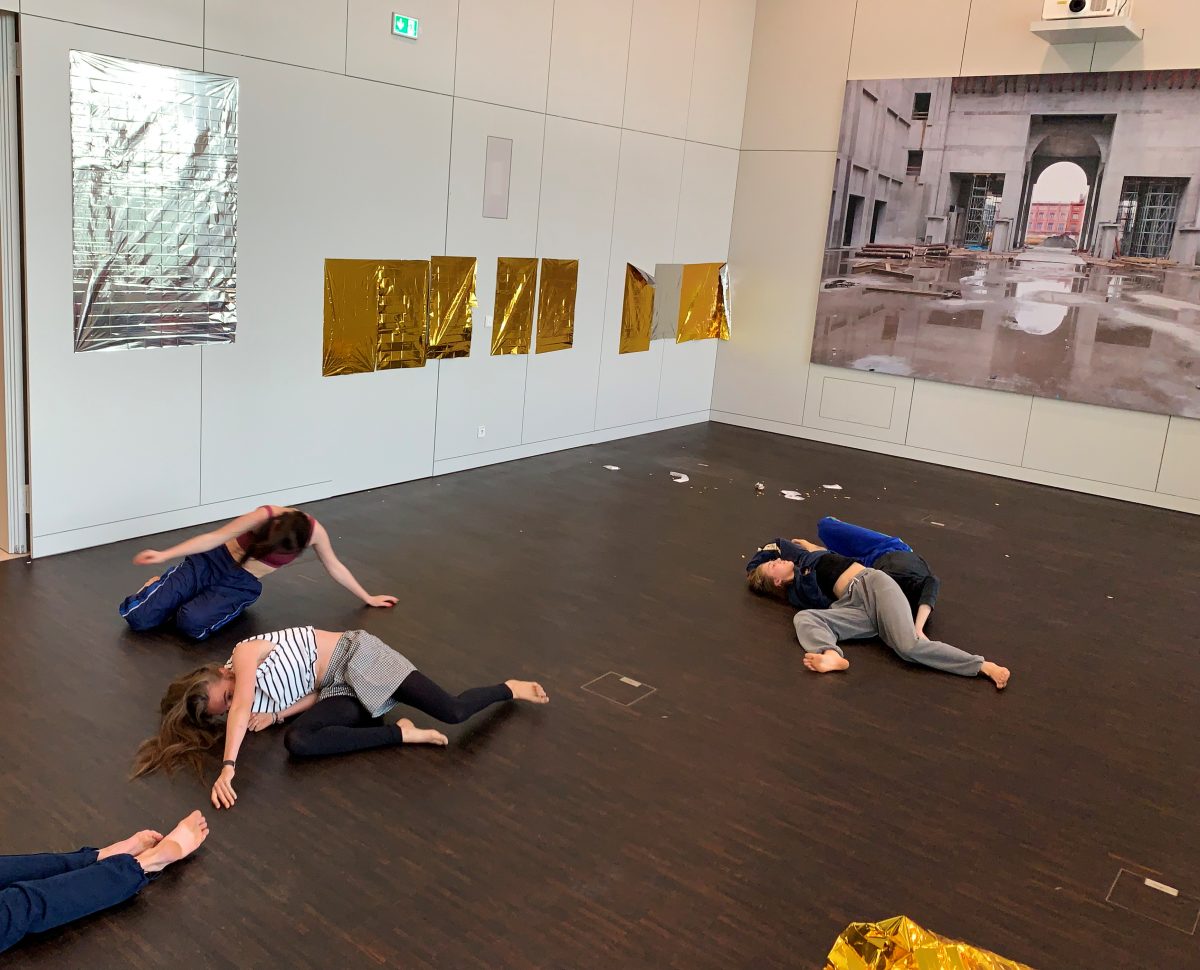 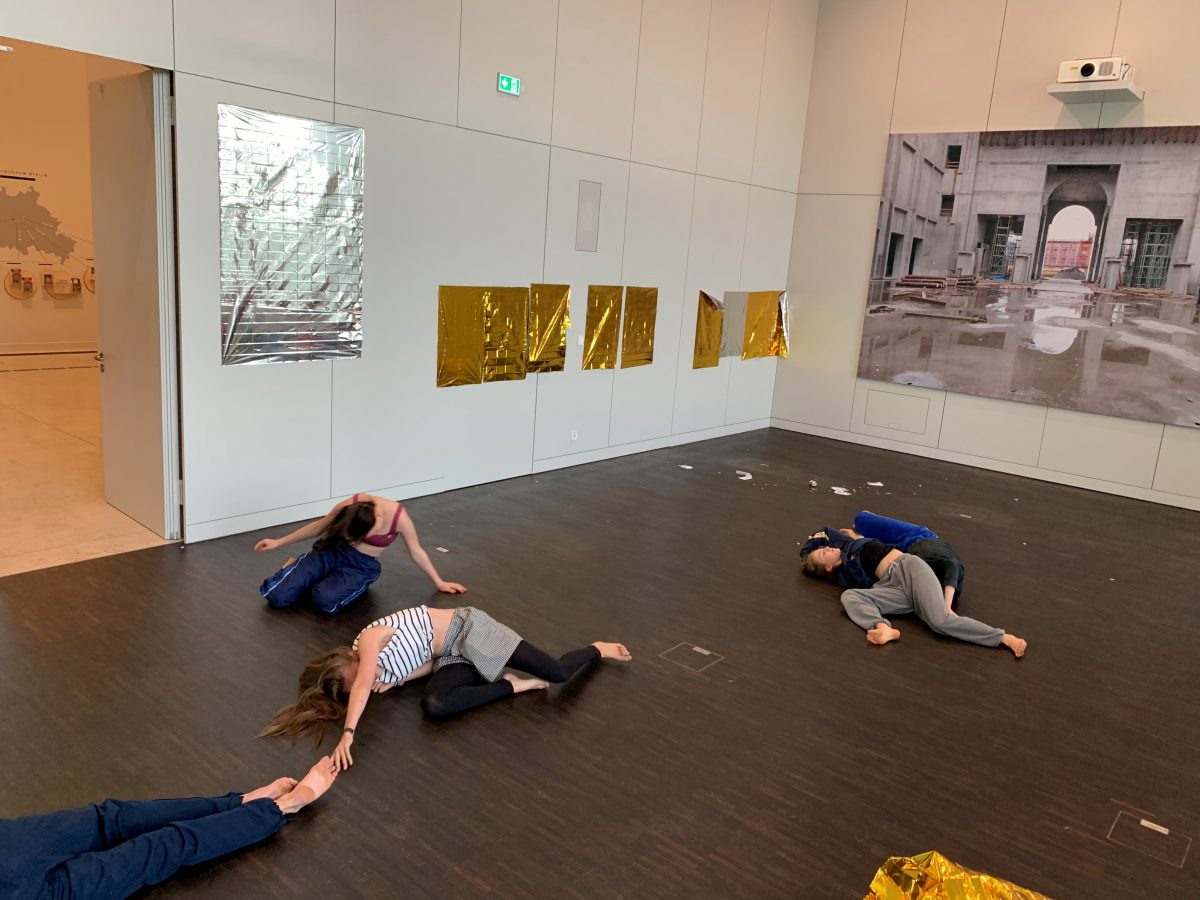 Choreographic, installation, and sound elements explore the implications of the term ‘flood’ in the context of globalization and climate change, and reference protests in the history of Berlin’s Stadtschloss.

The history of the Berlin Castle has been linked to the motif of (over)flooding from the very beginning: Berlin citizens protested against the construction of the first castle in the 15th century by cutting dams to the Spree and flooding the construction site. In the debate about the construction of the Humboldt Forum as a reconstruction of the castle and its political implications, some would have wished for a similarly resistant act. Do acts and formations of flooding, flowing and liquefying still have a resistive potential today, or have they long since become a form of power themselves in times of global flows of information, finance and data? FLOOD, a durational performance at the interface of choreography, installation and sound art, explores the potentials and ambivalences of these terms. The performers will be 5 young Berliners, who as post-millenials are particularly affected by present and future floods.

What are the current potentials of acts and formations of flooding and flowing? Are they still suitable as a form of resistance against hierarchical structures? 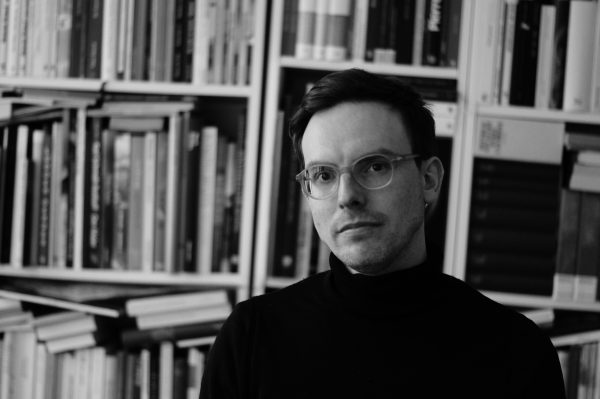 is theatre director, choreographer and lecturer. His works at the interface of performing, visual and acoustic art deal with topics such as identity, cultural heritage and the relationship between spectators and performers. He understands his work as a constant research in which various artistic, theoretical and political strategies are brought into a dialogue with each other.Since 2014, he has increasingly been working on installative performances, including gallery and museum contexts. He is lecturer at several university departments for theatre, dance and theory. The magazine ‘Theater heute’ called Sebastian Blasius’ work groundbreaking in the field of immersive theater. 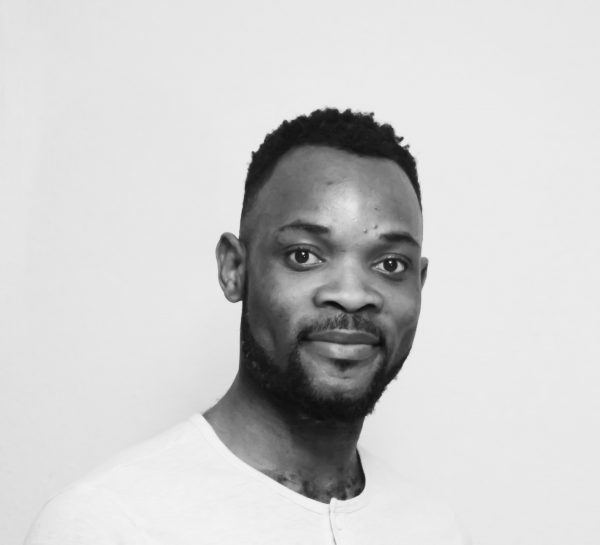 born in Accra-Ghana, works since 2016 as a choreographer, dancer, and educator in Berlin. He belongs to a line of talented dancers and musicians. He is trained in traditional and contemporary African dance, including Afro-Fusion, Hip-Hip, Post-modern dance, and Neo-African dance. He was a DAAD (German Academic Exchange Service) scholarship recipient and pursued an M.A. in Solo dance and Authorship at the Inter-University Center for Dance at the Berlin (HZT)
University of the Arts(UDK). Felix has received numerous grants for dance residency programs such as Danceweb/ Impulstanz Vienna and CIP / SIDANCE in Seoul, South Korea. He has danced with the Noyam Dance Company and the National Dance Company of Ghana. He is also the founder and director of Kuyum Arts Investigations Limited in Ghana. He received a
certificate and diploma in traditional and contemporary African dance at the Noyam African Dance Institute Ghana under´the directorship of Prof. Francis Nii Yartey. In 2011 he extended his
dance studies at the Ecole Des Sable – Senegal under the directorship of Prof. Germaine Acogny. Felix works among others as a teacher for various Afro Classes in Berlin and as a choreographer (Zagreb) dancer for Theater o.N and Tanztangente Festival (Berlin). He is currently the artistic
director of “Kuyum Tanzplattform Berlin”: 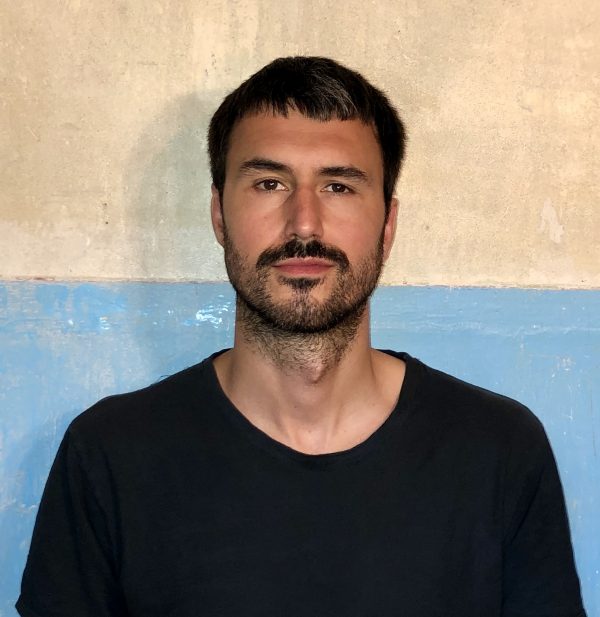 born in 1985, studied composition and music production at the Utrecht School of Arts from 2005 to 2009. Early on projects that are linked to other fields and contexts drew his attention – like working on mini-operas with adolescents, putting stories of elderly people to music or working with rappers. Different forms of working with speech repeatedly find their way into his work. So does electronic sound processing, at times also as pure acousmatic compositions or sound installations. Incorporating improvised live electronics, making each performance a unique event, is a vital part of his work. Furthermore he regularly collaborates in the field of dance and also enjoys working for theatre productions. Since 2011 Ferdinand Breil lives in Berlin.